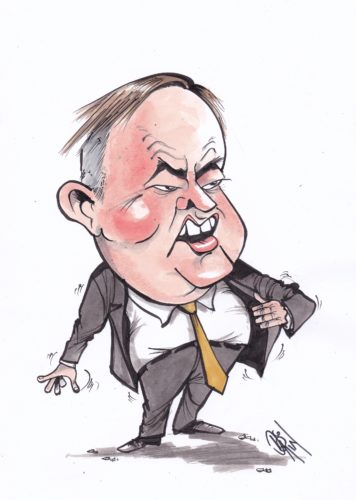 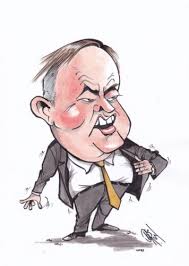 Mr Albanese, the Leader of the Australian Labor Party, has a poor grasp of Australian political history.

Mr Albanese recently roundly criticised Treasurer  Josh Frydenberg for channeling Margaret Thatcher  and the policies employed by her to ensure the much needed economic recovery in the UK following Prime Minister James Callaghan and his self inflicted demise in his ‘winter of discontent’ of 1978/79.

Callaghan finally decided to call a General Election in 1979 after the country had been ravaged for years by high inflation and unemployment.  In 1978/79 strikes in both the private and public sectors almost crippled the country.

Uncollected rubbish was left to rot in the streets of London, the dead were not being buried, there was a mounting national shortage of food and fuel due to the truck driver’s refusing to work, which all combined to cause a crisis so bad the government considered declaring a state of emergency and mobilising the troops to take over vital services.

Eventually, after strikes which were violent at times, the unions got the wage increases they wanted but it was a pyrrhic victory for them. The country, the people had had enough of the militant unions shambolically and carelessly wrecking the economy, so when they got the chance they elected Margaret Thatcher to be the first woman to be Prime Minister of the United Kingdom.

In eleven years Margaret Thatcher rebuilt the UK economy and made it world competitive and respected if not liked around the world.

Albanese  rejected what he saw as Frydenberg’s move to Thatcherism in favour his more Keynesian way of more and more government spending to build infrastructure and particularly social housing, for which, admittedly, there is a great need all over Australia.

Does Mr Albanese not know or does it suit his argument not to recognise that Bob Hawke and Paul Keating were the first Australian leaders to employ economic rationalism —  they were the first true disciples of Margaret Thatcher?

They were Thatcherites through and through, they introduced Free Trade Agreements, globalisation and the ‘market economy’ to Australia.

It was under their government  that we started to see the demise of the Australian manufacturing and food processing industry — all in the name of being ‘world competitive’.

It was also the start of a deliberate campaign to reduce the political power of agriculture in Australia.

END_OF_DOCUMENT_TOKEN_TO_BE_REPLACED

The Story so Far.

The question that should be asked is whether large swathes of wheat growing land in Australia and particularly in Western Australia will be viable in the future? Because if the answer is no, then now is the time to start looking at the ways  and the means for restructuring Australia’s wheat belt.

There are two conflicting forces at work. Two opinions based on two areas of science:

1. Soil amelioration is becoming popular in Western Australia in an effort to improve crop yields. It is expensive, in some cases very expensive. There are yield gains to be had, how long the gains last is open for debate because they vary site by site. There are also problems particularly with soil stability and structure.

2. Climate scientists are predicting falls in crop yields in Western Australia over the next twenty years to levels which I predict will make it uneconomic to grow wheat given the year on year rise in costs and the decline in the real price of wheat over the last fifty years.