Skip to content
In the future is the market, the demand food in China, going to be a ‘Golden Fleece’ for Australian food producers? Are we capable of increasing our production to meet what we are told will be the ever-increasing markets for food in Asia?

More importantly those who should know, the ever-increasing number of ‘China experts’, claim that the growing middle class in China and other countries, like Indonesia, will be able to afford, pretty much at any price, what we produce and there are already several precedents that indicate that could be true. Milk as we shall see, Wagyu beef, premium wine and so on.

I don’t think Australia stands a chance when it comes to developing a bigger business in China or anywhere else. I think we will fiddle around the edges, make big of little things. The reasons for my pessimism are: 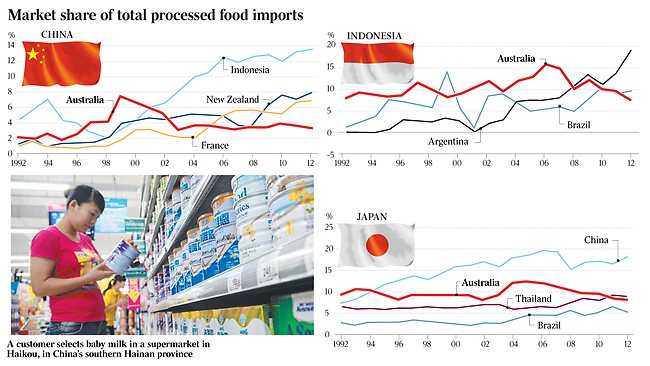