‘When you’ve got them by the balls their hearts and minds will follow.’

Theodore Roosevelt.
Australia and its sophisticated agricultural industry have to decide whether they want to be a feeder of others, or be fed by others. Don’t laugh at that. Of course the world can feed Australia— it’s already started as we increasingly become more reliant others for food. We have no more people in this country than there are in a couple of  big Chinese cities and we are an attractive proposition to feed, if only for access to our resources and for what food we can produce that others can’t. I read somewhere recently that China would only have to increase its horticultural production by about 3% and it could feed Australia. Think about that and the global fresh food trade. There are Egyptian oranges for sale in my town. So how important are we to China and how important is China to Australia? You may be surprised.

END_OF_DOCUMENT_TOKEN_TO_BE_REPLACED

Why are stock dying in the north of Australia from starvation when there is plenty of stock food in the country? For the same reason, I suppose, that thousands of people all over the African continent and in refugee camps in the Middle East, especially children are dying every day from starvation and deprivation while there is no shortage of food in the world. If we are honest with ourselves, the majority of us, as we fill the larder for Christmas, just do not care. The statistics say that after we have finished our celebrations, we shall throw away half of the food we have bought.

There is a story of Bono of at a U2 charity concert, must be over ten years ago now, quietened the crowd, raised his hands above his head and clapped his hand together once. Three seconds later he did it again, and then again and again every three seconds. The, crowd, I think it was in the Albert Hall was quiet. Very gently he spoke and said, ‘Every time I clap my hands together, every three seconds, a child dies in Africa’. Someone in the audience shouted ,’Well stop f*&$#@ng  clapping then.’ The crowed booed. The money raised went to help the children in Africa yet to this day they still die of starvation.

There is nothing I can add to the disaster that is the drought in Queensland and Northern New South Wales, except to say as a nation we have always been able to find millions of dollars to help people in other countries to survive and recover from natural disasters like earthquakes  and tsunamis and as a nation we have been proud to help.

Now we have a disaster as bad or worse than any we have helped in other countries going on right now in the north of our own country and it seems we cannot come to our own aid. I ask the question why and who gives a damn about a deficit or a surplus budget when the heart of our northern agriculture is suffering unimaginable hardship? It is a situation that could  be substantially ameliorated, made unimaginably better even fixed by spending money, government money, our money.

Irrespective of one bank agreeing not to foreclose and threats being made to name and shame, and high profile media people giving their support to the beleaguered landowners, the drought remains, stock continue to die. The Intellectual property of ‘Agriculture Australia’ is substantially in the genetics of the stock we have bred over many years. That gene bank is among the best in the world, it is priceless and will take years to replace.

One of the great shames of the unnecessary ‘selling off’ of the Australian merino flock for meat, is that some of the best wool producing genetics in the world finished up as Ugg boots, sheepskin coats and on the barbecues and in the cooking pots around the world.

The task before us now is to feed the stock that remain,  we have and stop the death from starvation of Australia’s greatest asset, the gene pool of Australia’s national beef herd that has taken generations to build and which is in the process of being unnecessarily lost for all time.

During the week I had this web address sent to me.

If you haven’t seen it, do so now, before you read what follows.

END_OF_DOCUMENT_TOKEN_TO_BE_REPLACED

Why has this government inquiry never (as far as I know) been published and discussed as a matter of national importance? Because what it is really saying is the Australian processed food industry in Australia is buggered, it’s just a matter of time. If ever Australia becomes reliant on imported food then we shall have lost what control we still have over our resource rich country and we shall be at the beck and call of new masters. END_OF_DOCUMENT_TOKEN_TO_BE_REPLACED

Are we starting to see, ever so gently, the beginning of the food wars, which have been talked about in recent times and none of us believed in?
Are countries that cannot produce enough food for their own needs, starting to make sure they don’t go hungry in the future?
Can we in Australia fill the gap? We are always boasting about how many people we feed as well as ourselves. But our food imports are going up and our production per hectare with cereals is going down.
We are cutting back on Research and Development (R&D) and we are reducing the size of our Departments of Agriculture.
So the question remains can we and do we want to fill the world-wide demand for sheep?

This is great deal for Western Australia and the rest of Australia. The Walsh’s’ say they have been working in China for many years and this deal is the culmination of all that work. I wonder if we are beginning to witness a land and a food ‘grab’ as part of a strategic plan for China’s future?
END_OF_DOCUMENT_TOKEN_TO_BE_REPLACED

END_OF_DOCUMENT_TOKEN_TO_BE_REPLACED

Over the last week or so, leading up the Christmas 2013, I have watched the television and been filled with horror at the images of one child every three seconds dying of starvation on the Horn of Africa, part of the so-called Developing World. Yet, at one and the same time, obesity is killing people in the Developed World. Many people in the United States of America and no doubt in Australia, consume more than twice as many kilojoules every day, than they require for a healthy life. 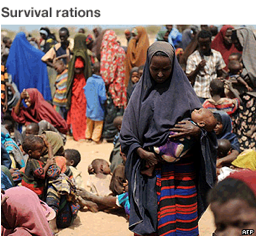 As we wander the aisles of the supermarket taking our time making our choices, every three seconds one child dies of starvation on the Horn of Africa. END_OF_DOCUMENT_TOKEN_TO_BE_REPLACED