Skip to content
Are we starting to see, ever so gently, the beginning of the food wars, which have been talked about in recent times and none of us believed in?
Are countries that cannot produce enough food for their own needs, starting to make sure they don’t go hungry in the future?
Can we in Australia fill the gap? We are always boasting about how many people we feed as well as ourselves. But our food imports are going up and our production per hectare with cereals is going down.
We are cutting back on Research and Development (R&D) and we are reducing the size of our Departments of Agriculture.
So the question remains can we and do we want to fill the world-wide demand for sheep?

This is great deal for Western Australia and the rest of Australia. The Walsh’s’ say they have been working in China for many years and this deal is the culmination of all that work. I wonder if we are beginning to witness a land and a food ‘grab’ as part of a strategic plan for China’s future?
END_OF_DOCUMENT_TOKEN_TO_BE_REPLACED

It has been difficult for me to be true to the name I gave this web site  ‘Global Farmer’ In Australia.  I chose the name because, 1. I had used it before and, 2. Because there is so much going on in the world of agriculture and agricultural trade that we never get to hear about. We are traders, or at least we have many traders living in our midst. We now know why they are keen to be here because there is more money in trading in grain than there is in growing it, and according to Rabbo Bank boss this is the most expensive country in the world to grow wheat. So we have a few challenges in front of us.

I have the time and I have the intense interest in food trade and objective to see Australian agriculture, once again, world competitive.

We really are a small player in world agriculture. We grow just 5% of the world’s crop. We jump up the ladder as a trader where we come in at between 12 and 15 in world rankings. That’s why the big boys want to play here. If you live 200km from the port it’s costing you between $60 and $75 a tonne to get you grain to port.

I know we are a world leader in the export of beef but I’m looking for a volunteer to tell the full story. From what I am told we could do so much better both domestically and for export. One of the reasons we don’t get a lot of international news is because we are obsessed it seems to me, with domestic politics and in agriculture with domestic agricultural politics. It is hard to imagine an industry with so many organisations, committees, Peak Bodies, and people who claim to speak for one particular group or another, gossipers and rumour mongers. Yet in spite of that, we are deeply dependent on the export markets for our commodity products, cereals, meat and wool and to a lesser extent on perishable goods, fresh fruit and vegetables. Quite fascinating that WA is exporting fruit and veg to Bali, maybe it reduces the Bali Belly? END_OF_DOCUMENT_TOKEN_TO_BE_REPLACED

“You have sat too long here for any good you have been doing. Depart, I say, and let us have done with you. In the name of God, go!”

“Maybe stop talking about issues like daylight saving and the like and concentrate on real farm issues,”

“That would help government produce real results for the farm sector.”

“Maybe one farm organisation would help.”

I think that is true, there is a lot of people out there who just see this fighting between WA Farmers and the PGA as totally counterproductive,” he said.

Pastoralists and Graziers Association (PGA) president at the time, Rob Gillam said he was surprised by the Premier’s comments. (Tony Seabrook is now President of the PGA.)

“It was a bit unusual, but I am not sure why he went where he went to be honest,” Mr Gillam said.

“We (PGA) were pretty happy with the achievements in agriculture by the Barnett-led government in the first term and we are looking forward to the changes in the second term.

“There are a couple of areas in which we are not happy, but that’s life.”

Mr Gillam said he saw PGA and WA Farmers in a similar light to the Liberal-National parties in State Government, but stopped short of calling it an alliance.

Mr Park also said he was surprised by Mr Barnett’s lack of understanding of the issues farmers were facing in the Eastern Wheatbelt during his two-day trip last week.

“Everybody knows the problems – getting finance, the high dollar and the cost-price squeeze – but what we are really short on is solutions,” Mr Park said.

“But what surprises me is that he (Barnett) was unaware of that (of the issues facing farmers).”

When asked if it was a blight on former Agriculture and Food Minister Terry Redman for not keeping the Premier properly informed on the issues, Mr Park said it was.

“Every time we tried to talk to Mr Redman about this he would say you are talking the industry down,” Mr Park said.

The mighty who operate with total impunity – a law unto themselves. 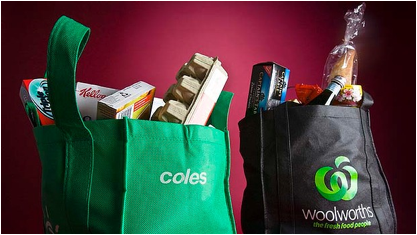 Would Mr Barnett have been as blunt in public to  Richard Goyder, Wesgarmers CEO and Ian McLeod CEO of Coles about the anguish they have caused in the dairy industry with their dollar a litre take it or leave it bludgeoning? No, he wouldn’t dare.  But he gets away with arrogance, rudeness and denigration in public to farmer organisations because he knows he can.

Colin Barnett was sending a big message to the PGA and WA Farmers in being so sarcastic, of concern is judging by the reaction there was no one at home in either WA Farmers or  the PGA listening or if there was they didn’t understand. We all know Barnett’s sarcasm about the curtains fading is to do with the claims that milk production would go down and the kids wouldn’t go to sleep all as the result of daylight saving.

If that is the best the Premier can do when talking agriculture, his memory is convenient and  it brings into sharp focus the lack of real communication between the Premier and the leaders of the PGA and WA Farmers.

Dale Parke’s comment also tells a sad tale of the poor working relationship between himself and the Minister for agriculture at the time, Terry Redman.  Mr Redman obviously had his own agenda and attached no importance to the views of the President of WA Farmers.

There are some really difficult challenges around agriculture at the moment, of immediate concern and not the least being the diabolical condition of our country infrastructure, road and rail. So it was a typical Barnett ‘country hick’ comment designed to denigrate and take our mind off other matters.

An old and effective trick to use a bit of personal denigration in a not too subtle way to change the debate. Twelve months later the road and rail debate has gone nowhere. Probably deteriorated as the Shires have run out of money to maintain roads to carry trucks with payloads far beyond the design criteria of what in many cases are gravel roads built 50 to 100 hundred years ago.

Trouble was the Premiers sarcasm and comments were like water off a ducks back. Dale Park as good as agreed and said he couldn’t get through to his Minister Terry Redman when he needed to and Rob Gillam dismissed the Premier with a metaphorical dismissive wave of the hand.

Dale Park, when he refers to what he sees as a lack of understanding by the Premier of the problems of the eastern wheatbelt as they were so graphically portrayed at what I call ‘The Meeting of a Thousand Souls’ that was held in Merriden over twelve months ago, should remind the Premier that at that time, shortly after the meeting and without his Minister for Agriculture, Mr Barnett gave what I took to be a commitment that he personally would better educate himself with regard to not only the problems of the eastern wheatbelt but of all agricultural regions.  He gave the impression he understood the debt and the problems it was causing to the community from farmers to the  business people and to the working families.

He also gave the distinct impression he would take a personal interest in the situation. Ken Baston,  the new Liberal Minister for Agriculture visited another part of the wheatbelt and virtually repeated the Premier’s commitments.

The financial aid that was promised at that time has just become available. It beggars belief that it has taken so long for the Commonwealth and the State to sort the scheme out. Best part of 18 months to develop the terms and conditions. Then again it is not surprising because Machiavelli is alive and well in the halls of power. I gather there has only been one successful applicant. Was it planned that way? Between the Department of Agriculture economists and the consultancy groups they seem to work so closely with now, it would be difficult, given the number of applications approved, to believe the conditions were drawn up to help as many as possible.

It is a sad reflection on the Minister and the bureaucracy, presumably the Dept of Agriculture and Food, if the conditions of the financing are not designed to help those most in need.

Rumours abound that both the PGA and WA Farmers have seen better financial times. Membership is low. Patronage and sponsorship is becoming more difficult.

The stories of orange lifeboats moving around Perth water  in the middle of the night have not been confirmed by either organisation. Neither have the rumors been confirmed that offers have been made on two substantial houseboats.

Now is the right time for a change? It’s time both the P&G and WA Farmers, with their heads held high for they have toiled for agriculture and done a job few of us would take on, to give the job away.

It is time for them to take the same advice that Cromwell gave to the Rump government. ‘In the name of God go!’ and then we should add the words ‘And thank you for all you have done over the years.‘